Okay, so yesterday I went to Nottingham with Lizzy (my bestest) and it was actually such a good and successful day. Last time we went, we somehow ended up wondering around not being to find anything and spending loads of time in shops that we didn't care for, not being able to find the Victoria Centre until about 30 minutes before the last train. This basically resulted in us running through Nottingham trying to find our way back to the station and then running like idiots down the platform with only a few seconds before the train came. This time however it was so different. I don't know what we did differently, but we actually had visited everywhere we wanted by about 3pm and so we had 2 and a half hours to spare - stress free. Anyway, enough rambling and I will show you the things I bought. :3 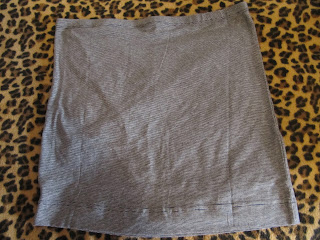 First we went to Broadmarsh and we went to H&M! As I said in a previous post, we don't have a H&M in Lincoln so it's always exciting to find a H&M elsewhere. I bought this skirt, which looks just like a plain "sweat grey" skirt on this photo but it is actually blue and white and it kind of reminds me of a denim colour. I bought this skirt because I previously bought the black and white stripy one and it fitted really nicely and made my bum look nice! The skirt was only £3.99. Sorry I couldn't link this, I can't find it on the website anywhere :(. 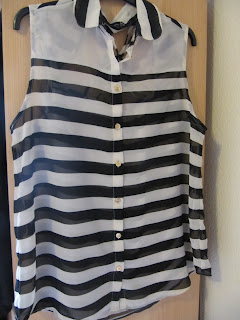 The next shop I bought stuff in was Primark. I bought this lovely top, which was kind of like the one in Topshop but this one is horizontal stripes and has a different back. I actually adore the one from Topshop but at £30 it is a bit out of my price range. Hopefully Primark or somewhere will do a vertical striped version within my price range. The top was £10 which tbh is a tad expensive for the quality, but oh well. 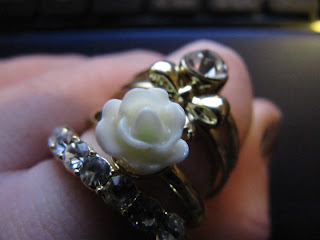 I also bought this ring set from Primark for £2 (I had to quickly photograph these now as I completely forgot to earlier). There is one with a row of "gems", a flower one, a gold bow one, and a singular gem one. I really want to start wearing rings more often now, I think they're so pretty but my nails are always bitten and disgusting and wearing rings really annoys me. :(
I also bought a few presents for my boyfriend. He was really kind and gave me a £20 New Look gift card for valentines day, after we agreed no presents. He's in Carlisle at the moment, and so I wont get to give them to him until next week, so if I showed or told you what I got him, he may discover and I'd prefer them to be surprises :) 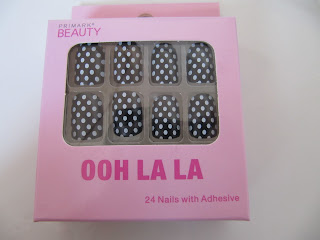 These were in those little bowls alongside the checkouts, so I grabbed them! They are so pretty and even if they are rubbish, they were only a £1 :) I just hope they fit my fingernails, I haven't got extremely small hands, I would say I have average (I wear a medium ring wise) but some false nails are ridiculously big for some reason, does anyone else find this? 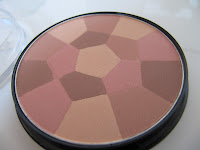 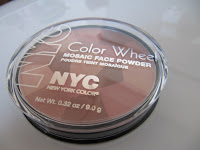 We went to Superdrug next (even though we have 2 in Lincoln), because I really wanted to see if they sold a bigger range of MUA products than the 2 in Lincoln - they didn't, all they sold was the lipsticks, powders and the mono eye shadows. I really want to buy the heaven and earth palette and the mosaic blusher, but unfortunately I will have to buy these online. Anyway so I bought the NYCcolour wheel mosaic blush in "Rose Glow" and oh my am I glowing rose today. I really need to get used to myself wearing blush - I rarely do because I have naturally red skin that I hate and use about 3 layers of full coverage foundation to cover up, so whenever I use blush I feel I have wasted my time in applying foundation. However my mum is always complaining on how pale I look and although I like being pale I sometimes feel I want a bit more detail to my face if that makes sense. I really need to practice using blush. 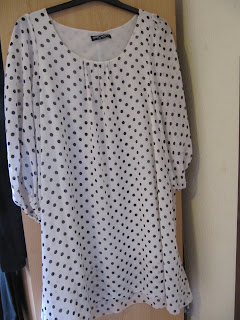 After this we went to Select, I am not sure if we have one in Lincoln but if we do the Nottingham one sells waaaay better clothes than the Lincoln one. Select also had a huge sale on and I picked up this dress for £10. It is just a straight down shift dress and I have one similar in black. I like these style dresses at the moment because they cover up everything and yet still look girly and pretty. And of course it's polka dots which - if you didn't know by now - I love! 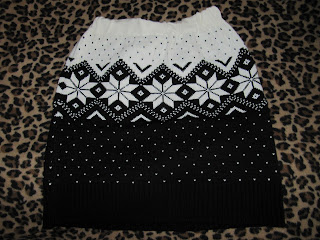 We then went to a shop called "Sweewë" which I haven't heard of before, but it had a huge sale on with everything either £5 or £10. Although all the sizes were below a 14/16 so I just bought this skirt. I have wanted one of these skirts for ages, and this one fits perfectly and it was only £5 so why not? 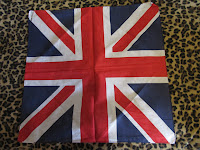 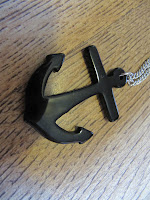 So Lizzy and I always find ourselves in some sort of fancy dress shop, unfortunately I don't know the name of this shop, but it was the fancy dress shop in the Victoria Centre. As soon as we walked in I found myself drawn to the "sailor" outfits and I spotted this lovely anchor necklace! There was a red, black and white one and they were only £1.99, I opted for black, as you can see. You really wouldn't be able to tell this was from a fancy dress shop would you? Well I wouldn't so yeah. Next there was this huuuge box of bandanas, I really wanted a black one because it’s kind of a "staple" to where I guess. (Btw I don’t wear these as a pirate or whatever, I wear them like folded and tied around my head in a knot on the top, if that makes sense, kind of like Rosie Riveter). Anyway so I already have a union jack one, but it is really old and faded (I've had it since I was a kid when my mum used to make me where them on holiday) and as it is a child’s one it only just fits around my fat head haha! So now I have a brand spanking new one and at 99p you can't go wrong! 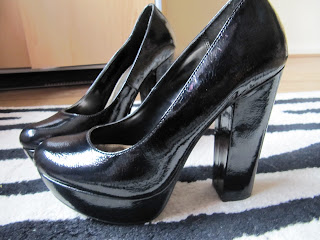 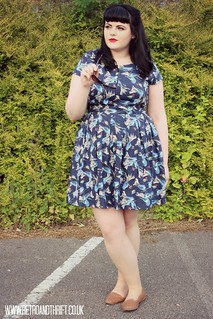